Interest Rates On The Rise? What Saskatoon home owners need to know

There has been speculation that Canadian interest rates are not done rising yet – and some say they will keep rising until 2020. This means borrowers will qualify for less when they’re looking to purchase, and current home owners can expect mortgage payments to climb at the time of their mortgage renewal, or if they are in a variable rate mortgage.

Curious about getting a better rate for your mortgage? Call Scott!

Why are rates increasing?

The strengthening Canadian economy strengthening, especially with the recent finalization of the North American Free Trade Agreement (NAFTA), is one of the reasons for higher interest rates for consumers. Some economists hypothesize that the interest rate will rise not only during the October Bank of Canada (BoC) rate announcement, but it will also increase steadily over the course of 2019.

When are BoC announcements?

There are 8 BoC rate announcements a year where the Canadian Prime Rate can be increased or decreased based of the outlook for the Canadian economy. The prime rate is the interest rate that commercial banks charge their most creditworthy clients, and it is determined by the federal funds overnight rate (ie. the interest rate that large banks use to borrow and lend against each other). The next scheduled BoC rate announcement is on October 24, 2018 with strong expectations of an increase.

When was the last time the prime rate was higher than 5%?

Our current Prime Rate in Canada is 3.7%, with expectations from some economists that the Prime rate could be upwards of 6% by 2020. This is a large increase for most Canadians – especially as we have not seen the Prime Rate above 5% since 2008!

What will this mean for home owners?

To put it simply, anyone with a fixed rate mortgage will not be immediately affected as their payment will stay the same until the end of their mortgage term, when they come up for renewal. Variable rate clients will feel the brunt of the increases, as when the BoC Prime Rate increases so do their mortgage payments. With this in mind, it brings the question: is a fixed or variable rate the better choice for the next couple of years? 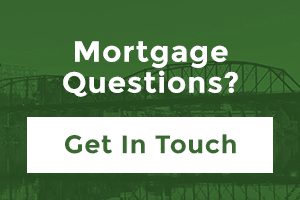 Cut the risk – What will interest rates do next